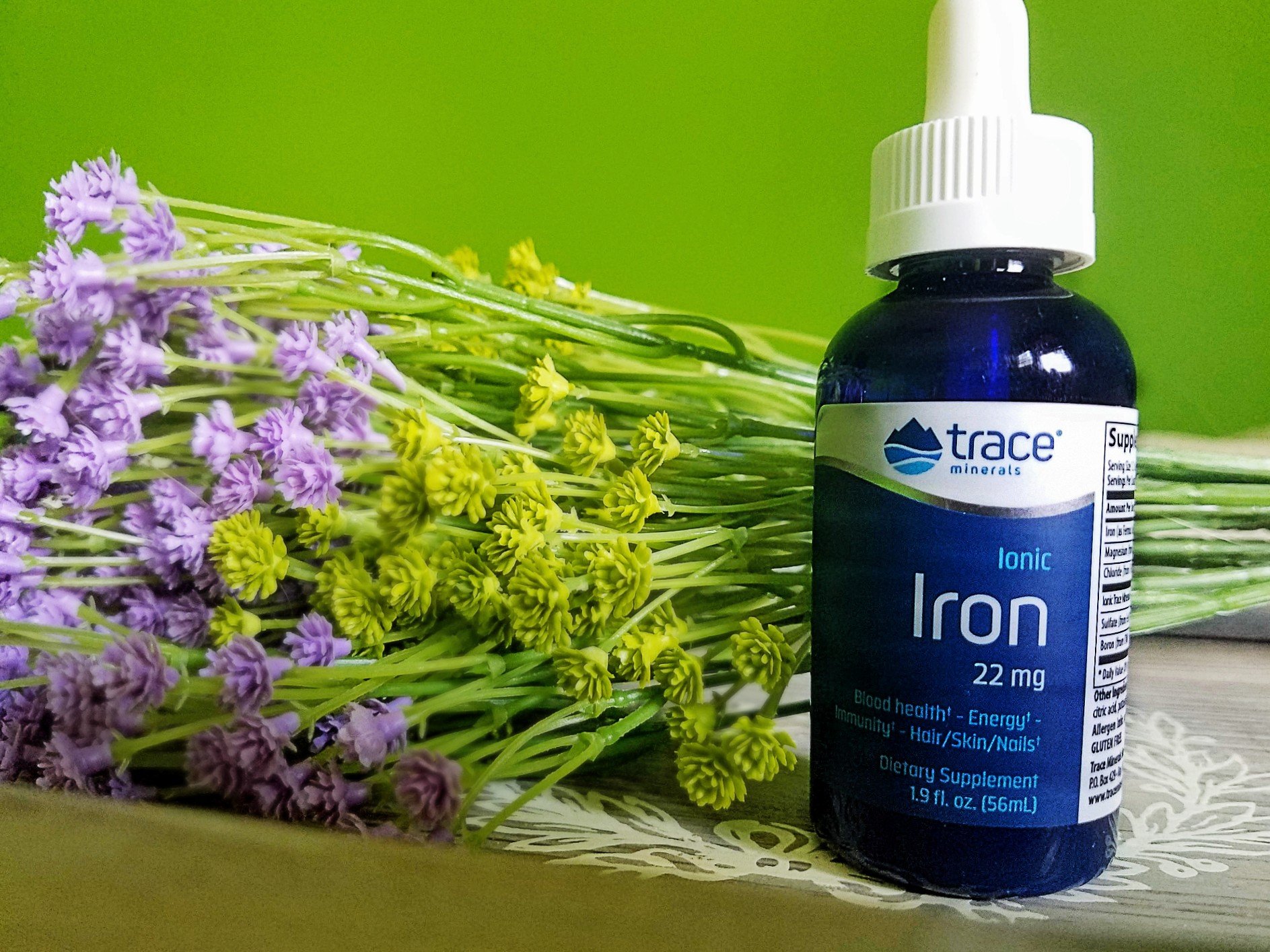 Iron is one of the 16 essential minerals the body needs to function properly. Without enough iron in your body, you can become deficient and potentially develop iron-deficiency anemia. When either scenario happens, it’s important to eat foods high in iron and take an iron supplement your body tolerates to raise levels back within a healthy range.

This blog post contains affiliate links, and I may earn from qualifying purchases at no extra cost to you. Full disclaimer here.

As an essential mineral, you must consume iron in your diet to get it into your body. While considered a trace mineral, the body needs iron more than other trace minerals like zinc and selenium. It’s one of the most common nutrients to become deficient in worldwide.

Besides oxygen transport, iron is also needed for immunity and proper brain function. Iron aids the body’s infection-fighting response because it is a necessary part of lymphocyte and macrophage production–two types of white blood cells. Additionally, iron is a key component in the synthesis of neurotransmitters, such as serotonin, dopamine, and epinephrine.

Iron is available in two forms: Heme and non-heme.

Heme iron, or ferrous iron, is better absorbed by the body and is two to three times more bioavailable than its non-heme counterpart. It’s solely found in animal sources such as meat, poultry, and seafood. That’s why you’ll often hear people joke about eating a steak to treat anemia!

Non-heme iron, or ferric iron, comes from plant sources. It’s also the form of iron that’s used to fortify food products such as cereal, bread, and other grains. Non-heme iron is often bound with other compounds like oxalates or polyphenols, making them tougher for the body to absorb.

How Much Iron Do You Need Daily?

The recommended daily intake (RDI) of iron varies depending on age and sex. Adult males between 19-50 years old only require 8mg/day, while menstruating females of the same age need 18mg/day to compensate for monthly blood loss. Pregnant women should aim for 27mg/day.

If you don’t get enough iron in your diet, or if you suffer from heavy periods, you could become iron deficient. If left untreated, this could then develop into iron-deficiency anemia. Symptoms of iron-deficiency anemia include fatigue, weakness, paleness, heart palpitations, dizziness, headache, cold hands or feet, trouble thinking or concentrating, restless legs syndrome, or craving unusual things like ice or dirt (pica).

If you are experiencing these symptoms, notify your doctor! They’ll likely check your iron level by ordering a CBC (complete blood count). However, you should also consider asking to check your ferritin level. Ferritin is a measure of iron stores in the body and low levels can also contribute to similar symptoms. I know it does for me!

What Are Good Foods to Eat to Raise Iron Levels?

If your doctor tells you that you’re iron deficient or anemic, you’ll want to start eating foods high in iron to raise your levels. High iron foods include:

You can also cook your food in a cast-iron skillet or dutch oven, such as the Lodge Pre-Seasoned Cast Iron Skillet

. This cooking method actually increases the nonheme iron content in food. It’s a sneaky yet effective way to get more iron into your diet! Just add some vitamin C to your meal to boost iron absorption; bell peppers are a great example!

Raise Iron Levels With a Supplement

Along with eating high-iron foods, you should also take an iron supplement to further help raise your iron levels.

But not all iron supplements are created equal.

One of the most common side effects of taking iron supplements is unpleasant GI symptoms, such as constipation, nausea, or stomach upset. Ferrochel (ferrous bisglycinate chelate) is a form of iron that is known to reduce the adverse GI side effects typically experienced from taking traditional iron supplements. Look for this type of iron in a supplement, such as Country Life Easy Iron

, if your stomach is sensitive to iron.

It has taken me a while to find an iron supplement that I can easily tolerate without experiencing unwanted GI side effects.

For the past four months, I’ve been using Trace Minerals Liquid Ionic Iron

to raise my ferritin level. While liquid irons tend to taste bad, orange juice masks the metallic taste of this one very well. Plus, the vitamin C in the juice aids absorption, so this combination is a double win! Just plug your nose, take the iron, and chase it down with a glass of OJ.

is that it doesn’t cause negative GI side effects for me. This is why I’ve tried over five different iron supplements. My stomach easily tolerates this one, and for that reason alone, I’m sticking with this product!

Although, it’s also great for healthy hair, skin and nails, energy, and immunity. But perhaps most importantly, I feel so much better since I started taking this liquid iron. My symptoms of iron-deficiency are disappearing for the first time in a very long time. Hooray!

As I’ve said earlier, vitamin C enhances iron absorption. Try drinking orange juice, or eating citrus fruits, bell peppers, or berries at the same time as taking your supplement. Taking iron on an empty stomach is also better for absorption, but this may cause stomach upset, especially if your stomach is sensitive. I usually have a snack so my stomach isn’t completely empty.

On the other hand, avoid dietary fiber, oxalates (found in spinach), polyphenols (found in tea and coffee), and the minerals calcium, zinc, and magnesium. When taken at the same time as your iron supplement, these can inhibit iron absorption.

How long you have to take iron supplements to feel better is highly individual. Generally, people start noticing relief from symptoms anywhere from one to four weeks. However, you may need to continue taking a supplement for several months. Your doctor will monitor your iron and/or ferritin levels to assess how long you should remain on a supplement.

Out of all trace minerals, iron is needed the most by the body. To avoid iron deficiency and iron-deficiency anemia, eat foods that are high in both heme iron and nonheme iron, and take an iron supplement along with vitamin C. Heme iron, or ferrous iron, is better absorbed by the body, so choose supplements formulated with this type of iron. Ask your doctor to repeat a CBC to monitor your progress toward raising your iron level.

Check out my recipe for healthy vegetarian chili next! It’s made with two different kinds of beans, so not only is it hearty, but it makes for a delicious high-iron meal. 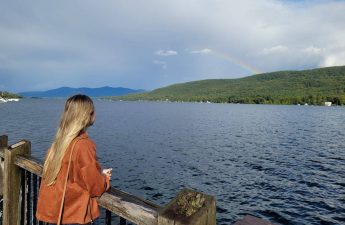 The October Slide and How to Cope With It 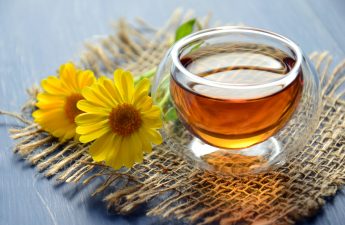 8 Ways to Treat Nausea at Home 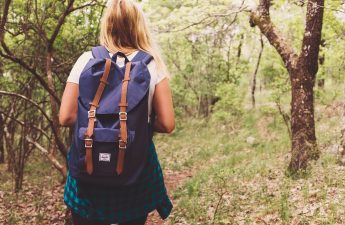 How To Stimulate The Vagus Nerve