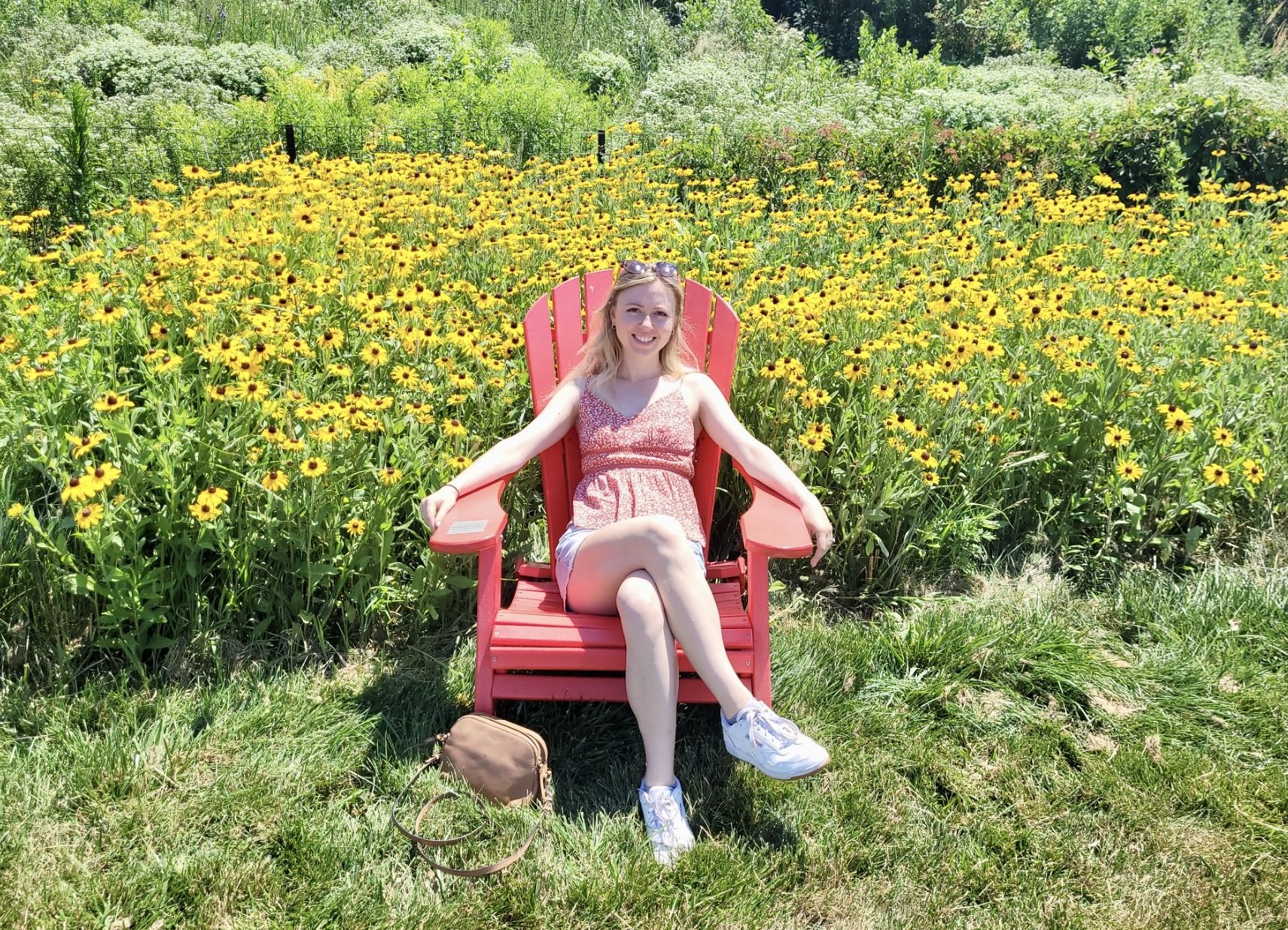 Today, I have something different that I’d like to talk about because it’s a part of my life with chronic illness and something I’ve been struggling with for years. I want to share my journey with endometriosis. I’ve put it off for a while because talking about this and sharing my story requires me to be a lot more vulnerable than I’m used to, as the symptoms and fears I have with this condition hit me a little harder as a woman who wants to have kids someday.

But I’m right in the thick of my journey with endometriosis. I’m figuring out how to live with and treat this condition — something I wish I could have provided more content on with POTS when I was going through my diagnosis and early stages of treatment — so I feel compelled to share.

I have endometriosis, along with Postural Orthostatic Tachycardia Syndrome, and I also have ovarian cysts. (I’ve also been diagnosed with Hashimotos’ Thyroiditis in the past, but I haven’t been on thyroid medication for a few years because my thyroid levels and antibodies have all been good!) And while I’m managing my POTS and thyroid health well at the moment, the truth is, I’m not doing well with managing my endometriosis. But, let me tell you, I have been trying hard. So, so hard.

Endometriosis has been the most painful thing I have ever experienced — next to losing my grandma — both physically and emotionally. And the truth is, I’ve actually been living with endometriosis for much longer than I’ve lived with POTS.

I’ve had painful periods for as long as I can remember. As a matter of fact, I don’t think I’ve ever had a time before my endometriosis diagnosis where my periods were easy — that is, without any pharmacological influence. The only time my periods improved was when I took Ortho Tri-Cyclen Lo. But I took this as a teen and eventually had to stop it because I got too moody. (Sorry, mom and dad!)

So, I lived with excruciating pain during my periods all through my teen years. I often missed days of school because the pain made it unbearable to move. I remember one day the pain was so bad that I screamed into my pillow and then threw it across my room before curling up in a ball and sobbing. The pain was relentless, and it came every month.

And as I got older and went to college, the pain only worsened and spread to more areas, like my entire pelvis and lower back. Plus, the pain started to shift from intense cramping and pinching to sharp and knife-like. It felt like whenever I had my period, there was a dagger sitting inside me below my belly button, and every time I moved or twisted or breathed too deeply, that dagger stabbed me more. This pain felt the worst whenever I got gassy or needed to pass a bowel movement. And I bled so heavily that I don’t even know how I had blood left in my body.

I’d cry in the days before my period was due because I couldn’t deal with the anticipation of enduring that pain and heavy bleeding for 5-7 days.

I was just twenty years old when I had my first exploratory surgery for endometriosis. Before being put to sleep for the surgery, I remember being so fearful. I was afraid that my surgeon wouldn’t find anything and that I’d wake up in a world where I still needed to endure this pain every month.

But when I did wake up, my parents told me good (or bad, depending on how you look at it) news: my surgeon had found endometriosis and removed all of it. But while I basked in the good news that I should see a dramatic decrease in my pain, I also worried about the awful truth that there is no cure for endometriosis, and it had a high probability of coming back.

And both things happened, I guess. I was pain-free for almost two years after my surgery. But then, the pain and my symptoms started to creep back over time, and my journey with endometriosis continued.

For a while, I definitely lived in denial that my endometriosis was coming back. I didn’t want to believe it. Instead, I wanted to stay in my naive little bubble where I believed that the surgery fixed it all and it wouldn’t come back. Looking back now, I realize how bad of a mindset that was to have — I should have just gone back to the doctor immediately and sought care before it got out of control.

Because I did wait. And it did get out of control.

But a few variables came into play that didn’t exactly encourage me to go back to the doctor. For starters, my surgeon had moved to Florida, so I’d need to find a new doctor, who was also a specialized surgeon for removing endometriosis. Plus, I was in college, which was such a busy and stressful time that I didn’t want to add another stressor to my plate.

But I really should have. I finally did towards the end of my college days, but by then, the pain had become unbearable again. Plus, I had developed new symptoms and new areas of pain that I hadn’t had before. Truthfully, I scared myself into going back to a doctor because I knew all the pain I was feeling wasn’t okay.

Then, as soon as I found a new doctor and had a referral to see a new surgeon, the pandemic hit. My appointment was canceled. Elective surgeries were postponed for months.

And I had moved to New York City right before the pandemic, so now that my appointment with this new surgeon back in my hometown had been canceled, I figured I might as well try to find someone in the city to treat me.

At this point in my journey with endometriosis, I was desperate to see anyone. My cramps during my periods hurt so bad that not even 600 mg of Advil could touch them. I was glued to my heat sock and curled up in the fetal position all the time. Going to the bathroom felt like knives moving through my stomach. Even just sitting sent sharp waves of pain up my butt and tailbone. I was afraid to be intimate because of the pain. And my bladder would hurt whenever it got full — in a way that wasn’t normal. Even if I only had to pee a little, I felt an urgency that was like I NEED TO GO NOW!!!

Finally, in June 2021, I got my second surgery for endometriosis in New York City. My surgeon removed a lot of it on my uterine and uterosacral ligaments and bladder, along with a small cyst on my ovary. The back wall of my uterus was also tethered to my rectum because of the lesions. This completely explained my sharp pains when going to the bathroom and sitting down.

It definitely felt like I had a lot removed because my recovery wasn’t easy. Plus, I’d had a Mirena IUD placed during my surgery as a means to try to prevent the endo from returning, so my body had to adjust to this foreign object in it — and the hormones it released.

For the first 1-2 months, I was in excruciating pain nearly every day. The cramps hurt so badly that I ended up in the ER and gave myself an adrenaline dump (apparently, that commonly happens with POTS, although, it had never happened to me before).

But I didn’t want to give up on the IUD because I didn’t want the endometriosis to return and bring more pain and potentially impact my future fertility. So, I grit my teeth, cried a lot, spent nearly every day in the fetal position at some point, and did as much pain management as I could.

The first three months were the absolute worse. Then, the intense, near-daily cramping gradually happened less frequently between months 3-6. But after seven or eight months, I was still in a lot of pain with my periods and during ovulation.

Around March of this year (2022), something weird happened. I bled or spotted and had cramps for about three weeks straight. I also had a lot of other symptoms that made me feel like my hormones were out of whack. At first, I thought my IUD had moved. Why else would I bleed and cramp for so long?

I tried to get an appointment with my surgeon in New York City, but he couldn’t see me until September. Isn’t that ridiculous? I ended up going to my hometown primary care physician and had her order me an ultrasound. But the scan showed that my IUD was still in the correct spot. The surprise was that I had a nearly 4cm cyst on my left ovary. On the left! But my pain was focused more on the right! I had right-sided excruciating cramps that traveled down to my groin and thigh and wrapped around to my hip and lower back.

I was afraid my endometriosis was coming back already. Or that my surgeon had missed a spot during surgery.

Since my surgeon couldn’t see me until September, and I had no interest in suffering that long without any relief or direction, I made a new patient appointment with another OB-GYN in the city for May. This is one of the things I hate the most about living with chronic illness: all the doctor’s appointments. They can be so draining, especially new patient appointments, where I have to explain the encyclopedia that is my medical history. (And often deal with comments like, “But you’re so young!” or “Wow, you have a lot going on!” I know. Thanks for the reminder.)

But this new doctor took me right in and got me a consult with one of their best surgeons, who ordered me an endometriosis-specific MRI.

And the results have hit me pretty hard. To be honest, I’m still processing them. In only a year after my last laparoscopy, the MRI picked up more endometriosis, including a new area of it around my right ovary.  What’s worse, the cyst on my left ovary grew to almost 6cm instead of shrinking.

So what am I going to do?

Truthfully, I don’t have it figured out yet. The one thing I do know for sure is that I got my IUD taken out, and I’ll take it from there. At the time I’m writing this, I’m still recovering from my hysteroscopy procedure to have the IUD removed. But like everything in this chronic illness life of mine, I’m taking it one day at a time — one step at a time — and holding on to the eternal hope that better days are ahead. 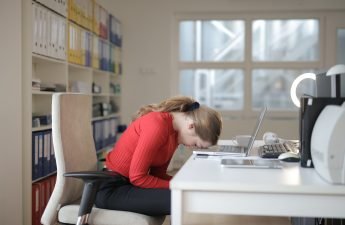 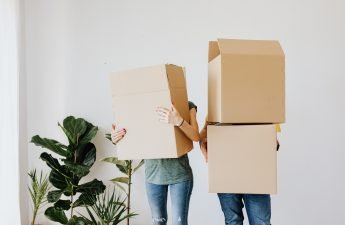 Moving Out of NYC in a Heatwave  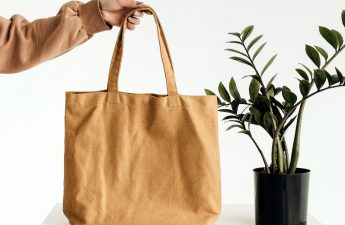 3 thoughts on “My Journey With Endometriosis (So Far)”