Hey everyone! Can you believe how fast August came and went? Between moving to a new apartment, settling in, and making a visit back to Upstate New York for some doctor’s appointments, August just slipped away. (Yes, I’ve been listening to Folklore too much.) Speaking of believing things, this September I want to focus some energy on believing in yourself.

Yes, that means I’ve found a new quote, and I have to say, I think it’s really clever. Believing in yourself quotes can be kinda cheesy, but I promise you, this one is not! Check out our September quote:

If you were able to believe in Santa Claus for like 8 years, you can believe in yourself for 5 minutes.

I really wish I knew who came up with this quote because I absolutely love it. As I was scrolling through Pinterest for new quotes, I read this one and it instantly resonated with me.

But kids also believe they can grow up to be Superman or the president or an astronaut. They think the world is their oyster and that they can do anything their little hearts desire. This confidence is so admirable. Don’t you agree?

So where along the road of life do we lose that kind of confidence and unshakable belief in what we can do? Perhaps it comes with an increase in self-consciousness that occurs when we reach our teenage and adult years. Maybe it happens when we begin to lose that magical thinking we had as children.

But for me, at least in recent years, this decline in confidence has also resulted from the setbacks I’ve experienced with my health. Can anyone relate?

Having a chronic illness has made it harder for me to believe in myself and what I’m capable of accomplishing. Not impossible, mind you, just more difficult. In the past five years, I’ve watched my abilities to do things I previously did before chronic illness change. Things aren’t always as easy as they used to be. I need to make modifications on the fly. I have to put a ton of effort into managing my conditions just so that I continue to feel okay.

However, I also know what it’s like to be at rock bottom with a chronic illness.

I was stuck in those rocky depths for a while until I received a diagnosis for POTS. I know what it’s like to barely be able to get out of bed. To need to use handicap parking spaces. To not be able to run or dance or jump or exercise–period–like I used to. I know what it feels like to be bedbound and question if I’ll be able to get to class without passing out.

Being at rock bottom with a chronic illness can shake our confidence in ourselves. And as we are healing and crawling back to higher ground, we have to heal that wounded confidence too.

Now, instead of jumping right into something without a second thought like I normally would have before my illness, I often find myself pausing. My confidence is wounded, and I question myself. I ask: Can I do this? Can my body physically handle this? Will I regret doing this later?

These are questions I never used to ask myself. I would just try something and see what happened. But now, when I try something unprecedented, such as hiking a new mountain, or traveling for extended amounts of time, or cleaning the whole apartment at once, the consequences could be far greater. Like prolonged exhaustion, chronic pain, or a full-on POTS flare.

There is a lot more at stake with a chronic illness. And there have been many times where I’ve believed I could do something, only to be sorely mistaken after the fact. But I’ve carried that uncertainty that I hold with my health to every other aspect of my life where it has no business being. That’s why it is so difficult to believe in myself sometimes.

But I need to change that perspective that I’ve cemented into the forefront of my mind. I should not let my illness define me. It should not make me doubt all that I’m capable of accomplishing. I finished grad school while chronically ill, after all!

And I’m sure you’ve made accomplishments while chronically ill as well–big and/or small! Let those accomplishments be reminders that you still are an awesomely talented human-being filled with so much potential.

We just need to believe in ourselves. No matter how crummy we are feeling. No matter how much that annoying voice of doubt yaps at the back of our brains.

So this month, I want to try to bring a piece of my confidence back. And if you’ve resonated with anything I’ve said so far, I hope you’ll try to do the same this month! 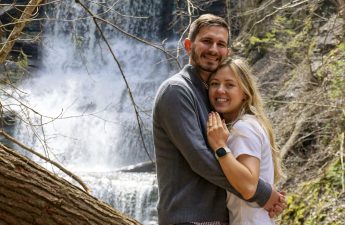 I Got Engaged and Then I Got COVID 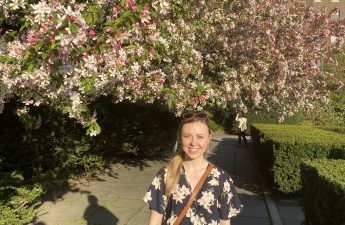 How I’m Doing 3 Years After My POTS Diagnosis 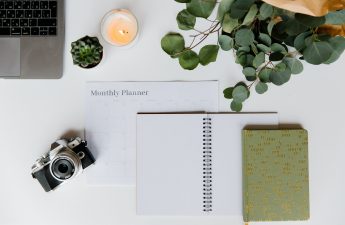 My Best Pro Tips for Living With POTS

Hi, I’m Laurie! I’m a blogger, writer, and copy editor with a type of dysautonomia called POTS. My mission is to educate and empower the POTS community as they navigate life with an underdiagnosed chronic illness. I do this by sharing my story and what I’ve learned along the way in my own healing journey with POTS. I love summertime, drinking coffee in all forms, and doing anything out in nature.